Beardstown has always been known for it's musicians - among others  Red Norvell, Gary White's Marching 100, Hurrican Ruth, Broseph and now the BHS marching band and chorus.  Come enjoy our rendition of Meredith Willson's The Music Man ! The performances will be held on Fri. July 22 at 7pm and Sat. July 23 at 2 & 7pm, and Sun. July 24th at 2pm in the Beardstown High School Auditorium.

The Music Man is a musical with book, music and lyrics by Meredith Willson, based on a story by Willson and Franklin Lacey. The plot concerns con man Harold Hill, who poses as a boys' band organizer and leader and sells band instruments and uniforms to naive Midwestern townsfolk, promising to train the members of the new band. Harold is no musician, however, and plans to skip town without giving any music lessons.  Prim librarian and piano teacher Marian sees through him, but when Harold helps her younger brother overcome his lisp and social awkwardness, Marian begins to fall in love with him. He risks being caught to win her heart.

A Look Inside the Grand Opera House 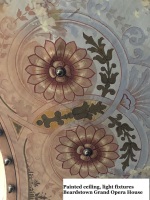 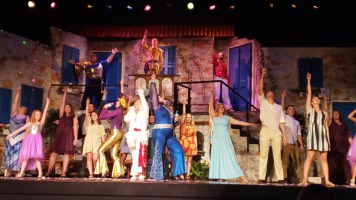